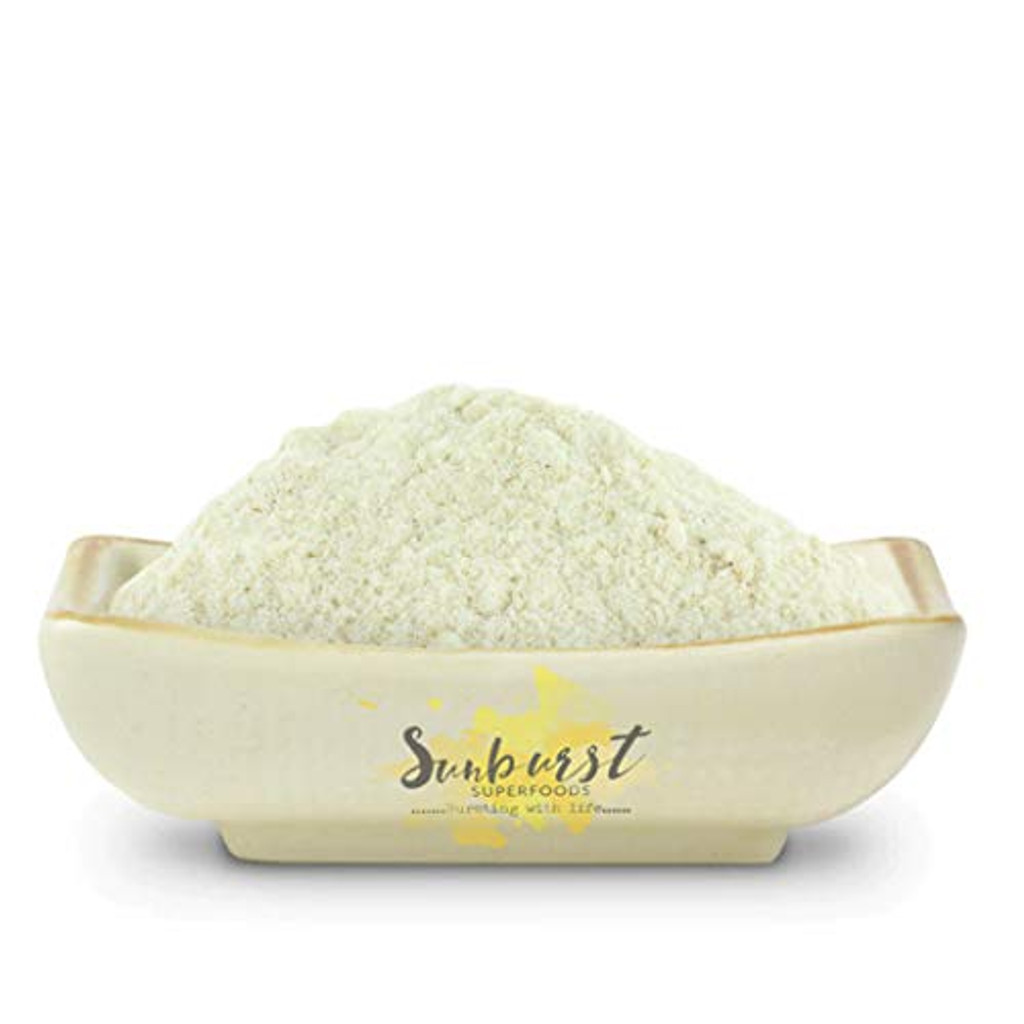 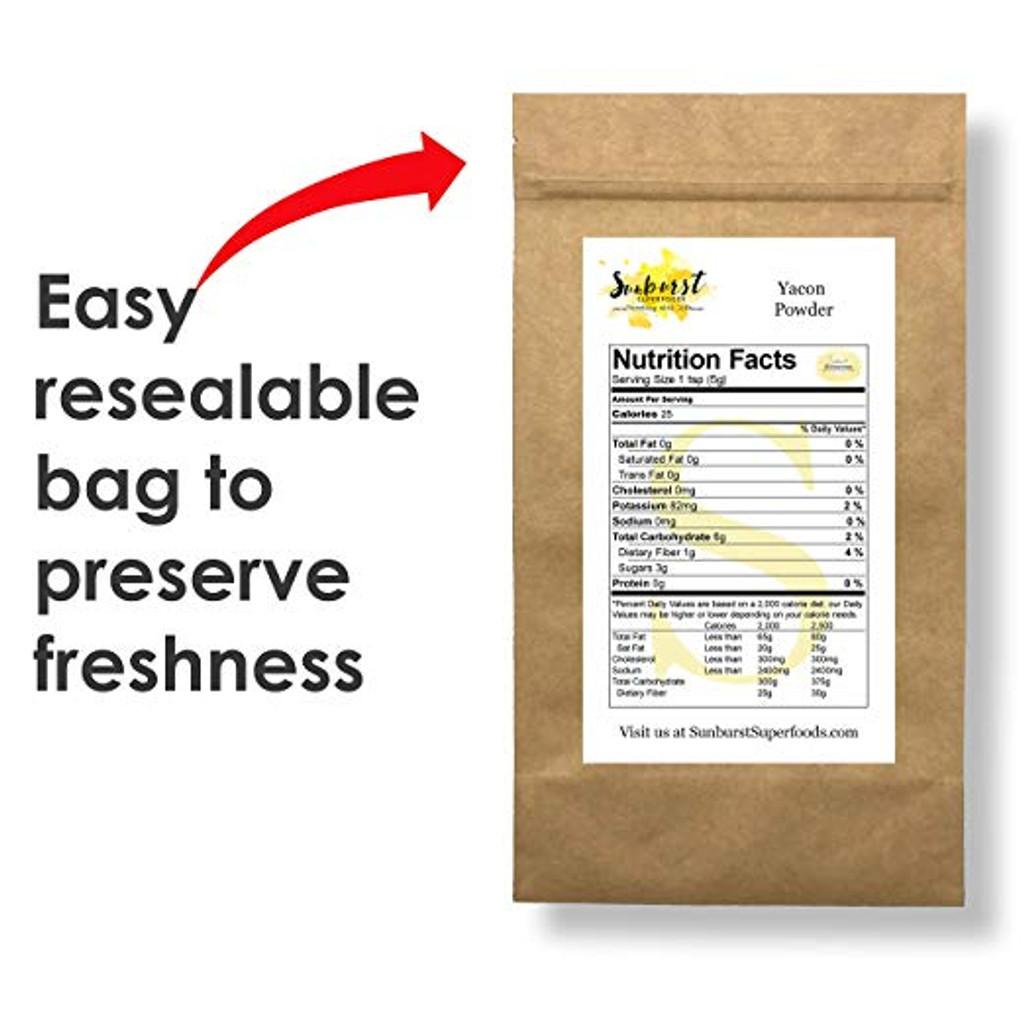 Our Organic Raw Yacon Powder is a great low-calorie and low-glycemic sweetener that tastes great and helps keep blood sugar stable throughout the day.  Yacon Powder is a unique source of Fructooligosaccharides (FOS), a type of sugar that breaks down slowly and passes through the body without absorption.

A Natural and Low-Glycemic Sweetener

Our Raw Yacon Root Powder is not only a wonderful sweetener for diabetics and those watching their sugar intake, this amazing powder has beneficial health properties that provide a wide range of defenses for overall good nutrition.

Capturing the Amazing Benefits of FOS

The Yacon root is considered one of the world’s richest sources of fructooligosaccharides (FOS), a type of sugar or inulin that can’t be absorbed by the human body. It passes gently through the human system without effect on blood sugar. FOS is low on the glycemic index and breaks down slowly in the body.

One of the most amazing things about the FOS in our Organic Raw Yacon Powder is that it acts as a probiotic, providing food for the “good” bacteria in the digestive tract. Friendly intestinal flora like lactobacillus and bifidobacteria are encouraged to flourish, which has a positive effect on good colon health. The presence of FOS in the intestines is important because it improves absorption of vitamins, especially the B vitamin complex.

The FOS in our Organic Raw Yacon Powder has been known to increase bone density and prevent osteoporosis. It also aids in digestion, helping the body to absorb essential minerals like calcium and magnesium. FOS may contribute to the elimination of toxins that accumulate in the body.

Our Organic Raw Yacon Powder benefits from FOS’s ability to act as an antioxidant. FOS is also a rich source of potassium, and it increases the production of short-chain fatty acids, such as butyrate.

A Versatile and Healing Raw Powder

The yacon root is a large, crisp tuber, which is the root of the perennial Yacon plant. The South Americans have consumed this wild, sprawling plant as a powerful health food for centuries. The Yacon originated in the Andes, where natives revere its power to heal.

Often called the “apple of the earth,” the Yacon root is sweet and juicy, providing a delicate crunch when enjoyed raw. Our Organic Raw Yacon Powder is ground from raw yacon root slices that have been dried at low temperatures in order to retain the nutritive properties of the root. This natural sweetener, which is related to the Jerusalem artichoke and sunflowers, is a great way to add flavor to raw desserts, shakes, and baked goods. Our Organic Raw Yacon Powder can be substituted like-for-like for sugar in volume, while providing many nutritional benefits not found in sugar.

If cared for properly, our Organic Raw Yacon Powder has a shelf life of two to three years. To preserve the freshness of this product:

We package all of our superfood powders in all-natural brown kraft bags, each with a resealable zipper across the top. Each bag has a thin metal lining, which serves as a very effective barrier to light, oxygen, odors, flavors, moisture, and bacteria.

While printed plastic bags with clear windows may look beautiful, studies have shown that the toxins contained in the plastic are absorbed by food that is in direct contact with the plastic. Foods that are raw and all-natural, like superfood powders, are even more susceptible to this type of contamination than processed foods.

While much research is still being conducted, some of the possible health benefits of our Organic Raw Yacon Powder may include:

The recommended daily usage is 1-2 teaspoons.

As with all superfood powders, listen to your body, as you may find that either a smaller or higher intake is more suitable to your body. We recommend that you start with the recommended daily amount, and, if desired, gradually increase or decrease your daily consumption.

This powder blends well with juice, rice or soy milk, and yogurt, or can be added to your favorite smoothie. It can also be mixed into your homemade energy bars. While you can add this powder to a variety of recipes, raw food enthusiasts avoid cooking or heating in order to preserve the food's nutritional value. 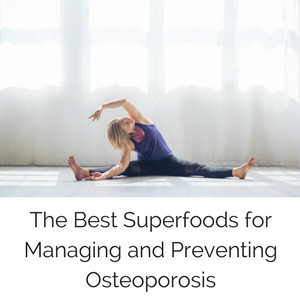 The information on this page has not been evaluated by the FDA or any other medical experts. Statements on this web site are not intended to be a replacement for medical advice from your personal physician. Please read our Site Disclaimer for additional information.

Be the first to review this product.